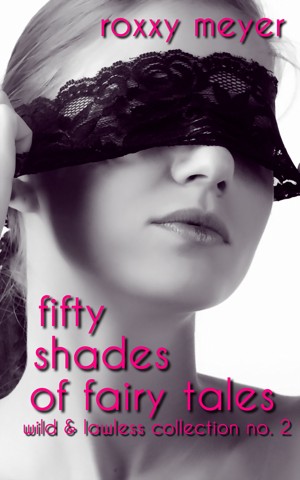 Joined by Mat and Perrin, he avoids the dark creatures that hunt him.

The journey is offset by intense personal battles. Rand has to accept his destiny, Perrin has to face his fears, and Mat struggles with an evil influence. Everything unfolds so organically that you find yourself completely lost in Jordan's world, carried along by culture, growth, and perfect pacing. His Dark Materials. Pullman's multi award-winning series is as inventive as it is emotional. It sits in a parallel to our world, with references to Oxford college yet beautifully crafted fantastical elements.

It starts with Lyra, a young orphan, who, like everyone else, has a daemon. It takes the form of various animals, mirroring the soul of the human and settling into a final form with adulthood. In that single element, Pullman manages to weave a coming of age into the heart of his story. There's a layered plot of other worlds, child thieves, and polar bears, tied together through the perspective of Lyra. It's far from predictable, forcing the reader and protagonist to confront their views as she's thrust into dangerous situations. With sparse prose, it describes the growth from a disobedient child to a strong young woman.

It's hard to say what makes this series so special, but there's no question that it is just that. It has all the elements of a generic fantasy story an orphan, thieving, an island city. Yet Lynch manages to tell a story so compelling and fresh that it makes you evaluate your bias for those tropes. Some of that is thanks to the brilliance that is Locke Lamora. The character builds an instant and likable connection with the reader.

He's not a particularly nice person; in fact, he's a thief and a liar. Even so, his humor, energy, and loyalty leaving you pining for his next word and wondering what heist he will pull next. Locke's development isn't an easy one, nor is it thrown in your face. It's a slow build, a realization that things need to change, a need to adapt to circumstances. He struggles his way into legend, building an empire bit by bit through pure resilience.

He gets angry, he gets jubilant, and he learns the importance of both. A clever, turning plot runs through those themes, pairing with memorable characters to build an incredible yet unfinished series.

Schools are a common theme in coming of age, be it a magic academy or just a mentor. It's difficult though, to do that in an original way, and Ryan's series offers something fresh. Vaelin was given to the Sixth Order at ten years old, a secular group with a penchant for both battle and god.

In a blend of high fantasy and excellent storytelling, we learn of Vaelin's journey from a boy to a hardened warrior, with a hint of power beyond comprehension. It's not an easy path, fraught with dangerous trials that are only offset by the loyalty between his peers. This book is regularly compared to The Name of The Wind, and in some ways it's justifiable.

Both are told through flashbacks. Both are coming of age stories. However, Raven Shadow is not about a man who is good at everything, but at a single discipline.

Vaelin is not a Mary Sue. He's flawed, and if you didn't like Rothfuss' character, you'll probably like this one. Where his immersion is next-level, Ryan's storms ahead with his intensity. Intricate subplots weave together, atmosphere overwhelms, and you always wonder how it will end. Chronicles of the Unhewn Throne. Staveley's Unhewn Throne series presents an intelligent mash-up of three simultaneous coming of age stories. Separated for eight years, three royal children must face the fallout of the Emperor's assassination and learn to deal with their complex new duties.

It's a simple premise, but it's hard to describe how complex and weaving Stavely manages to make it. Each of the children has a feeling of relatability, trapped by their obligations yet likable and down-to-earth.

17 Movies That Are Way Dirtier Than '50 Shades Of Grey'

They present an entirely different viewpoint on the same world the view of a soldier, a monk, and a finance minister. With the touch of a true master, Stavely manipulates these plot threads, expanding some, abandoning others, giving glimpses at a grand design. Then, with sweeping grandeur, he manages to tie them all together in a rush of revelations and satisfaction.

It ends with a real sense of development, the characters undeniably shaped by their roles and experiences. Nobody writes coming of age quite like Garth Nix, and this quickly became clear with Sabriel in In this world, the dead refuse to stay that way, and the Abhorsen are needed to keep them in check.

With her father missing, that job falls down to Sabriel, and she has a lot to learn. Nix writes his female protagonist, not as a whiny girl, or ridiculously strong, but somewhere in between. Sabriel is flawed, yet her worries feel real and acceptable. Her thoughts and motives feel intensely human, as do her sidekicks a magic bound cat and a royal guard that was frozen in time. Incredible attention to detail transports readers straight into the Old Kingdom, blending zombies, swordplay, and a unique and detailed magic system.

Nix is a master of selecting the right information at the right time, forgoing info dumps and forging understanding through action and lyrical prose. As Sabriel grows into her role, the story reaches a dark crescendo of action and emotion. Though Sanderson's main criticism is a lack of character depth, it's hard to deny the satisfying coming of age stories in Mistborn. The novel describes a classic rags-to-riches story, Vin progressing from street scammer to metal ingesting magician.

However, Vin's development and the scope of the story goes much further than that. Sanderson raises many important questions through the protagonist and lets her grow as she comes to her own conclusions. There's an exploration of class, religion, moral ambiguity, and, most importantly, trust. Rather just presenting a story of powerless to powerful, the author explores how one so exploited can come to form meaningful relationships. While some would be content to leave it there, this tale contains similar progression in other characters.

The latter books focus on the growth of Elend from an intellectual to a leader, while a minor character plot explores the quest to find meaning among powerful friends. These plot arches combine with an incredible magic system, detailed worldbuilding, and intense action sequences to create an easy and entertaining read.

Flewelling's series takes place in the medieval country of Skala and presents a near-perfect sword and sorcery experience. It details the growth of Alec, saved from prison by Seregil, a hired thief and member of a secretive group called 'The Watchers'. Flewelling has always written strong characters, and this series is no exception.

The bond between the two men is the defining feature of these novels, with Seregil acting as both mentor and friend. Where Alec is naive, Seregil is sharp and witty, creating a perfect contrast in morals and personality. However, at its base level, Nightrunner is a coming of age story. It's about Alec learning to accept his new profession, but also to trust.


He's thrown into a tight-knit group, so ready to accept him that it almost feels suspect. He comes to respect them and believe in himself, meeting wizards, learning, and discovering his sexuality. Flewelling manages to write bisexual characters while keeping it incredibly natural. There's no dwelling, and if there is a clear message in Alec's growth, it's of loyalty and acceptance. Abercrombie kicked off his Shattered Sea series with the award-winning Half a King , but his second novel approaches true mastery.

Half the World picks up many years after the first, featuring some crossover characters but working perfectly as a standalone. Thorn Bathu is the new protagonist, and she presents a familiar dilemma. She was born to be a warrior, but she was also born female. Though she can train with the rest of the boys, she will never be one of them, and that's only made worse when she's branded a murderer. Abercrombie's foray into YA is a slightly more lighthearted take than his usual taste.

But only slightly. Thorn's story is one of failure, learning to accept infallibility, accepting she isn't perfect. There's a deep exploration of morals through Brand, a naive warrior who tries not to kill. It's a divergence from the usual gore and killing off main characters, but that somehow makes it feel more intelligent. Together, Thorn and Brand must travel the world, convince allies, and start a war.


The Deed of Paksenarrion. The Paksenarrion trilogy introduces another female warrior lead, but that doesn't mean its protagonist is ordinary. If you read only one comic in your life, read this one.

It has received numerous awards since it's first publication, including the Japan Cartoonists Award Grand Prize, has sold over 10 million copies in Japan alone. It was adapted to film by the author himself, then adopted by Disney so don't worry, it's actually a pretty good interpretation of his work, though much less complex than the original. The story is beautifully illustrated, and a fascinating puzzle to unwind as you discover what is really happening both politically and to their dying planet.

Their post-apocalyptic world is being overrun with giant insects, toxic spores, and deadly miasma; oh and the emperor seems to have gone cooky-dukes and is attacking people who've always been peaceful allies. One of the things I love about this graphic novel is the awesome example of noble leadership. We have two strong, courageous, brilliant women who are respected and loved as leaders of their people.